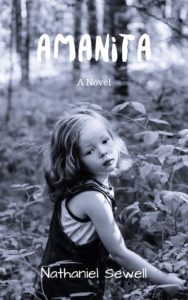 From Chapter One, an excerpt from the forthcoming novel, Amanita.

Nathaniel Sewell lives in downtown St. Petersburg, Florida. His 4th novel, A Year Inside the Moon is set of release. He is also the author of Bobby’s Socks, 5th&Hope and Fishing for Light.